KVO › Exhibitions › The Diversity of Bohemia, Moravia and Silesia According to Bohuslav Balbín

The Diversity of Bohemia, Moravia and Silesia According to Bohuslav Balbín

This panel exhibition draws attention to the historiographic and topographic work of the Jesuit scholar Bohuslav Balbín (1621–1688) with extracts from Czech translations accompanied by contemporary and later depictions of the items of interest described – localities, flora and fauna, activities, fashions, customs, etc. It also notes the relationship between Balbín and Emperor Charles IV, who is to be the subject of enormous celebrations this year to mark the 700th anniversary of his birth. 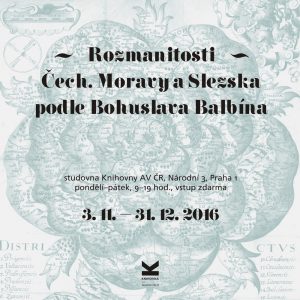